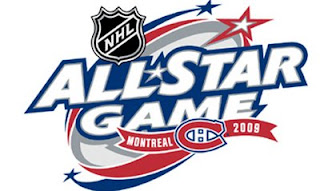 If you can't spot the problem here, you need to go back and watch some Sesame Street and go to the "One of these things is not like the other" segment.

Every since the lockout, this bizarre voting has been insane. It started with Rory Fitzpatrick and expanded into people coming up with programs to randomly vote for whomever and stuff the box as it were. Leahy has commented on the irregularities and Shynner has as well, with Shynner also showing off other who are getting campaigns for write-ins....some warranted, some not so much.

But could we stop this effin' idea that voting in some random third or fourth liner because we think it's funny?? The Rory Fitzpatrick thing was original and was used to make a mockery out of the whole voting process, but now even that's being made a mockery of.

The worst part, the NHL more than likely won't do anything about it-- especially since the Habs are hosting the event. Even if they weren't would they do something?? Probably not. Why should they-- they're getting publicity, they can tout they got record high voting numbers for an ASG, and they'll play to the hometown fans by having their players start in the game if this keeps steady.

Fan voting sucks-- plain and simple, especially with the internet era having all these programs and scripts to run for multiple voting. This stuff will continue to happen until the NHL does one of two things. First, they can limit the voting to five times per IP address, though even that isn't something that is a sure fire stopper. My second idea is to keep in tune with this retro theme the NHL has been going on with the third jerseys-- back to paper ballots like in the old days. You can only pick up ballots at the arena or national sponsors-- like Best Buy or you local Honda retailer. The only issue you'd be dealing with in that is the enviromentalist crawling up the NHL's ass about wasting paper and the thought of a "hanging chad" incident like so much 2000 US Election.

But...since it seems to be the fad for the recent past; I, Scotty Wazz, will be getting onto the bandwagon and want all of my fateful readers (and everyone you know who will listen to you) to vote for New Jersey Devils forward Pierre-Luc Letourneau-Leblond, not just because he could have possibly the longest name in history.....actually, it is. Plus, he's from Quebec, so he'll be accepted by the Montreal fans.
Posted by ScottyWazz at 10:06 PM