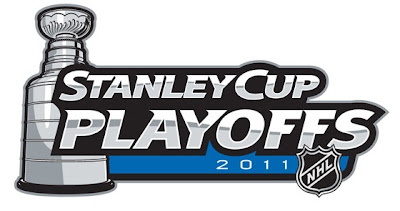 We've finally got all the Round Two match-ups and to be honest-- the quick turnaround may or may not be good-- depends on how you look at it and how your team is doing after their first round match-up.

Not for nothing, but went a perfect 8-for-8 last round, but only one exacta-- the Flyers pulling out the seventh game dramatics.

Prediction: Capitals in Six Games
Why??: While the Caps were 4-1-1 against the Bolts this season, the play of Dwayne Roloson could give them fits, as he shutout the Caps twice this year. However, it seemed the Caps have shaped-up and really adjusted things throughout the season to adapt to the teams they're facing.

Prediction: Bruins in Six Games
Why??: This is a revenge series for the Bruins, who collapsed against the Flyers last year. The Flyers goaltending woes will be something to worry about, while the clutch play of Nathan Horton in Boston should help carry the team into the Conference Finals, hopefully.

Prediction: Canucks in Seven Games
Why??: The true colors of the Canucks were shown in the Blackhawks series, which could be feasted on by the Predators-- but in the end; the Canucks are the top-dog in the NHL for a reason. The question is whether the Sedins will be noticeable more in this series than they were in the last series.

Prediction: Red Wings in Six Games
Why??: While the Red Wings have been off for what feels like a month, odds are it was needed and it should revitalize them and get their injured guys rested and healthy. The Sharks have had a lot of issues with the Kings and if the Wings can get on them early-- it could be a short series for the Sharks.
Posted by ScottyWazz at 9:20 AM