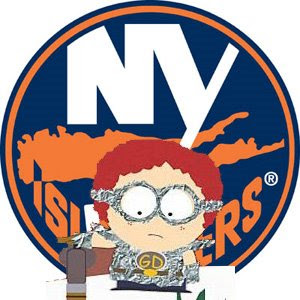 With the reports that Charles Wang has regrets buying the New York Islanders, you have to wonder if they'll be another team that's going to be put onto the market for selling and whether or not the NHL will allow Wang to relocate, if he so chooses. With Bill Daly talking about how the losses that Wang has accumulated since taking over the team, you'd think relocation could be a possible option.

Of course, most of this is all because the Town of Hempstead is holding up the Lighthouse Project, which would bring about a new arena for the Isles and a new town center for the entire area. Due to this, Wang has possibly started to explore his options, which includes Kansas City and officials in Willets Point in Queens have express an interest in possibly housing the Isles.

The funny thing about this is why the Town of Hempstead would be wanting to drag their feet on such a project that will bring growth and commerce to the area?? It'd be a stimlus to the area, bringing in more jobs and more businesses to the growing area, as well as giving the Isles a better arena than the crapshack that is the Nassau Coliseum. Yet, it seems like your pure political crapulence that has been holding up the whole works, good or bad, in this whole thing.

While I won't claim to know anything about politics, much less Long Island politics; I'll pass you along to BD Gallof and his site Islanders Independent, which has plenty to do with the Islanders and the happens with the Lighthouse Project.

As it stands, something needs to give. With this report coming out at vital time for the Islanders, as well as the muck that's going on in regards to the building of a new arena-- it could be a time for Wang to crap or get off the pot. It could be the time for him to actually look indepthly into moving the team, which should really give the town an ultimatium in terms of approving the the idea of a new arena and should show where their true loyalty lies.

Whether or not this should send alert bells to the NHL is another thing. With the issues already with the Coyotes, now you have an owner who is saying he regrets buying a team-- it's not a good motivational factor for perspective owners who may want to get a piece of the NHL. Sure, this could be mismanagement and terrible judgement by previous ownership putting them in this mess, but it's still a deterent to someone who may be looking to get into the NHL game by picking up and buying one of these floundering franchises.
Posted by ScottyWazz at 6:45 PM