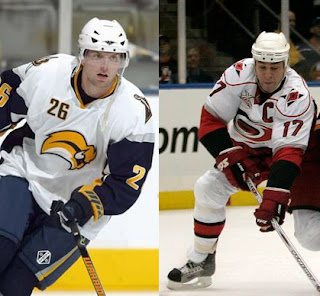 You're thinking to yourself, "Hey stupid, those are two different sports. What kind of idiot are you??" You'd be correct in asking that, but it's something that many don't understand is out there and probably have prop bets on in one way or another.

Sadly, one of the best face-off men in the history of the NHL is in the low spot with Rod Brind'Amour racking up a -18 going into Thursday night's games. Three Blues are in the top-5, though on, Andy McDonald, it out with an injury.