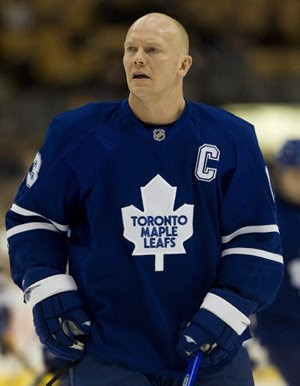 That's right kids, Mats Sundin has signed and it looks like he's keeping his career in Canada. From Quebec to Toronto and now to Vancouver as the stalling Swede has agreed to a deal with the Canucks.

So that's it, no more to see here, time to wait on Peter Forsberg.

Oh....you want some analysis?? Well.....it's done. Sundin could have saved everyone a little trouble and sanity by signing the deal the Canucks put out there in the summer of two years, $20M, but where's the fun and drama in that?? If this turns out to be the deal that is signed, then I will be a little peeved by it.

With Roberto Luongo out of the line-up, defense-first may not be the priority now. With Sundin, the Canucks add more scoring prowess, a big leader in the room, and depending on the length of the deal; could keep the Sedin's in the saddle for a while in the Pacific Northwest. Sure, the latter is a longshot, but at the same time-- can't rule that out.

We'll have to see what good will eventually come for it, but for Canucks fans and hockey fans as a whole, this is an early Christmas gift. We can all relax more knowing that this Sundin saga is finally done.
Posted by ScottyWazz at 4:07 PM