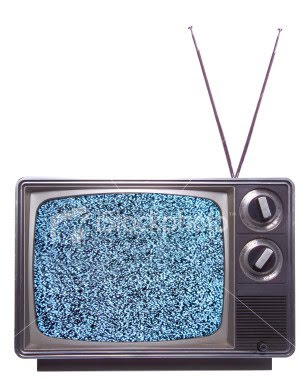 While I was surfing the channels on my off-day, I came across a show on Rogers' Sportsnet and there was a show that peaked my interest. No, it wasn't another poker show, which is always fantastic, but it was a show from the MLB Network called "The Pen," which follows the bullpen of the Philadelphia Phillies and their daily lives on and off the field. While I'm not one for baseball, the human aspect of things was what brought about the intrigue.

It also sparked my mind on to whether or not the NHL Network could get onto this racket and make it work. Of course, the NHL Network has the "Day in the Life" show, but that just one day and while it's nice to see how a player preps for game day, a part of me wants to get more on the inside of the organizational happenings and player's lifestyle. Everyone likes to be on the inside of things, and with hockey fans-- you have to believe that this inside look at the happenings goings on will make fans of whatever team salivate for more.

For the 2006 NHL Entry Draft, Comcast SportsNet in Washington were following around the Washington Capitals for the draft weekend and gave the inside wheelings and dealings that surround the Entry Draft weekend (Part 1, Part 2, Part 3, Part 4). From trying to trade picks to prospects interviews, it was a great watch and make me want more inside like that. I also remember ESPN following around the Detroit Red Wings a few years back, but I can't for the life of me remember the name of it or if it was ESPN, but I know it was the Wings and TV because it was the first taste of Sean Avery to the world by him being on the show going back and forth from the NHL to the AHL. Plus, let's not forget CBC's then Global's "Making the Cut" where players would go and try out for contracts with some teams out there, or at least show their wears to those watching. That created drama and showed the process on how scouts deal with players on a case-by-case basis.

As much as I would like to believe something like this will happen in the near future, the fact of the matter is that some GMs may not be as willing to let cameras delve into their organization in that kind of matter. While, it could create great TV, a whole season, or even half a season could be too much for some teams to deal with and some players to deal with, in terms of cameras being on at all times and having to mind their P's and Q's in all of this, which could throw some guys off their game. Sure, that could be far-fetched, but it's always an option.

Yet, in a time where reality TV is the capavating norm and where people can get drawn into it; this could be the thing that the NHL needs in terms of possibly gathering a wider market than those who are already enthralled with the sport. Granted, what network to put it on and how to market it would be need to be tackled hard, but there needs to be an actual show to take place in order to go for it. Plus, if the NHL markets itself as a league for the fans and wanting to get the fans connected to the sport-- why not have something like this?? The drama of who's going to stay up with the big club, who's moving down to the minors, how a team will bounce back with a big injury or trade that happened-- it just writes itself for the fantasticness that could come from it all.

Of course, with my lack of research and dumb luck-- something like that is already happening and I just feel like the fool now for not knowing more. Ah well-- food for thought.
Posted by ScottyWazz at 10:50 AM