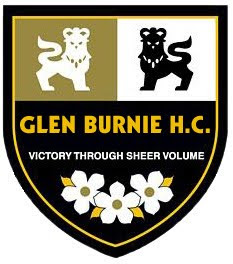 It's the middle of week three and I'm trying hard as the GM of Glen Burnie HC to end the season now. Why?? Because I'm in first place in the FOHSHL Hirsch Division and I'd like to have the bye week for the playoffs. But it's been good-- luckily, the guys who I need to produce like Dany Heatley, Daniel Alfredsson, and the surprising Michael Del Zotto, who was a great pre-season pick-up, are producing in droves and really booting my team through the roof.

However, the fact some of the players I have like Mike Green, Mark Streit and goalies Pekka Rinne and Jonas Gustavsson aren't pulling their slack, but in Gustavsson's case, injuries have slowed him down. Fact of the matter is that many complains are coming from other owners about what to do and how freaked out their are, even two weeks into the season. Many guys have reformated their teams as it is and are thinking about trading away the teams to shuffle up a new group, even if they are in the playoff spots as it is.

I know I'm one to panic, but not really two weeks in or so-- I'd be more freaked out when it comes closer to the final playoff push rather than starting the seasons slow. Many complaints from the likes of Pavel Datsyuk and goalie Niklas Backstrom have popped up. I think the same happened with Alex Ovechkin last year when he got into his funk, but smart owners just took a deep breath and realized he's a superstar and would snap out of it-- and he did.

It's just an issue of realizing how patient you can be when it comes to a player. The discretion is up to the owner in terms of who else they have on their roster. If they have a decent supporting cast, then the panic will not be as stressful and they won't have to worry about dealing out their star player and will wait longer for them to get out of their funk in order to reap the benefits when they do. If an owner doesn't have a good supporting cast or their cast is slumping as well, the freaking out will commence ten-fold because of it.

Yet, the moment and owner freaks out in a panic strictened state is the moment they should try and focus on the next season. Yes, it's that bad when you're already trying to make wholesale changes in Week Three. Of course, there are times where the wholesale changes do make differences, but in all honesty-- it's a crap shoot. Like they say, even a blind squirrel finds a night every once in a while.

Luckily for me, GBHC is doing well, because while one of the Aston HC satellites is doing well in 3rd, the other satellite is dead last. My expert's league team is deadlast too, but at least the expert's league games have been close....but still-- only counts in horseshoes, hand grenades, and bocce ball.
Posted by ScottyWazz at 3:00 PM