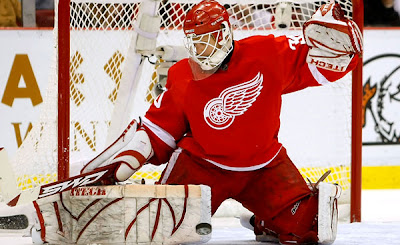 It was my birthday and I was sitting in the Dalhousie Boston Pizza waiting on my appetizer when I saw the start of the Blue Jackets/Red Wings series on one of the screens to my left. As it started, the Jackets had a small feeling out process, but then put on the attack. With the barrage of shots taken, I was sure that the old Chris Osgood would show through and we could have a series on our hand.

However, something caught my eye. It may have been just a glitch in the matrix, but when I saw Osgood go from post-to-post to get his glove on the puck in order to stop an early Jackets’ lead, I thought to myself, “He’s back.” I thought that Ozzy got his swagger back that I texted Marc “with a ‘c’” to tell him to watch out for Ozzy now.

Sure, the fact remains it’s the Blue Jackets, who haven’t been the most offensively charged team in these playoffs, the fact remains that it may take a series with this against an inexperienced opponent to get the confidence back in a big way for Osgood and to get him to the point where he is the man to beat in these playoffs. Going 3-0 and only allowing two goals in those games shows that he has gotten his swagger back, and what better time than the playoffs.

There has been plenty of questions brought about this season about the goaltending in Detroit, mostly because neither Osgood nor Ty Conklin have been consistently good. Sure, the Wings as a whole are an amazing team, but the fact remains that their Achilles’ heel is the goaltending and probably will be until Jimmy Howard, Thomas McCollum, or even Daniel Larsson are ready to step up and take the reins full time.

Until then, Ozzy will be the guy in net and how can you argue with three Stanley Cup rings to his credit?? I mean, if ever there’s a spot you want playoff harden vets, it’s in net. And while the reliability factor may not be there in a regular season setting, odds are the playoffs and the do-or-die factor that brought up in the whole ordeal will bring out the best in even the worse player. Why do you think there’s always a guy no-one suspects at the top of the charts in scoring every playoffs??

Some people thrive on the meaningfulness of something, some thrive on the pressure and to prove someone wrong. This could be the motivating factor for someone like Osgood, who has been beaten up through and through in the regular season and is now shutting up the naysayers. Osgood may also be taking a quote from one of his favorite coaches, Coach Z; who famously said, “Why these people trying to fade me??” 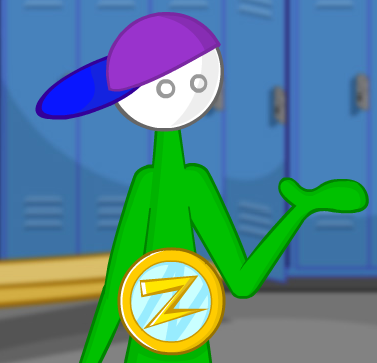 FYI Ozzy has the most wins in the playoffs of any goalie in Red Wing history!

He is the starting goalie for a reason!

FYI Regular season is what you do to get to the games that really matter!

It's kinda hard to tie for shutouts all-time tonight when you let in a goal.....just saying.

It's just a testament to Osgood and the faith of the Red Wings that regardless of the criticism that was thrown and him and them-- he's able to put out a performance like he has this series.

This is actually a two step process.

1 check out his stutout stats!
2 answer the quesiton "and didn't he just tie for 12th all time wins in the playoffs tonight with Barrasso."

ScottyWazz said...
This comment has been removed by the author.
11:46 AM

So basically we're arguing the same point that the good Ozzy is back and that's a good thing for the Wings?? Because that's all I'm getting out of these random stats and silliness.