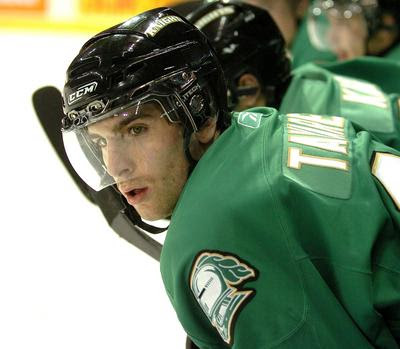 The NHL Draft Lottery was held last night with the New York Islanders finally winning at something important and grabbed the first spot overall for the Draft this June in Montreal. What they will do with it seems to be somewhat obvious, but also somewhat up in the air if someone can sweeten the pot to the point they move the thing.

In any case, I'm going to look into my crystal ball to see if I can predict the outcome for the lottery picks. And by crystal ball I mean bottle of water......because I took some acid and I think this could only do good things for my prediction abilities.

1. NEW YORK ISLANDERS: John Tavares (London, OHL): Really, a no-brainer for the Isles since they have a decent amount of defensemen in their system and need some sureshot scorer in their line-up now.

2. TAMPA BAY LIGHTNING: Victor Hedman (MoDo, Sweden): The Bolts haven't had much luck with getting anything going on the blue line and with their wide array of forwards already signed, this could be the start forming something to help out their goaltending.

3. COLORADO AVALANCHE: Matt Duchene (Brampton, OHL): Duchene could be a spoiler and pop in the top-two, but the Avs will jump on him if he doesn't. He is a speedster and has the nose for the net.

4. ATLANTA THRASHERS: Evander Kane (Vancouver, WHL): A spunky forward who can be a scorer and ruffle a few feathers in order to get his team the advantage.

5. LOS ANGELES KINGS: Brayden Schenn (Brandon, WHL): Schenn has the skill set and passing ability to be the set-up man for the likes of Anze Kopitar and Dustin Brown and boost the scoring power for the young Kings.

6. PHOENIX COYOTES: Magnus Paajavi-Svensson (Timra, Sweden): There's plenty of hype with the speed and hands of MPS, but the only doubt is if he can consistently score game-in and game-out.

7. TORONTO MAPLE LEAFS: Jared Cowen (Spokane, WHL): If GM Brian Burke can't move up to one of the top two picks, he'll load up on another big defenseman in Cowen. While Cowen was injured, he can actually be a force and team up with Luke Schenn to be a solid duo on the blue line-- which will appease Princess Curl.

8. DALLAS STARS: Nazem Kadri (London, OHL): Kadri's stock was helped out by Tavares' acquisition, but his own skill set put him high in the chart before the thought of Tavares coming to London.

9. OTTAWA SENATORS: Oliver Ekman-Larsson (Leksands, Sweden): What's with the Swedes and the hypens?? Anyway, OEL will be another Swedish notch on the defensive prospects that the Sens are stockpiling away. With a +44 this season, his defensive responsibility will be a refresher after this season for Ottawa.

10. EDMONTON OILERS: Zack Kassian (Peterborough, OHL): Kassian is going to be a power forward and may be something that the Oilers will need to support the smaller skill players the Oilers have in their system right now.

11. NASHVILLE PREDATORS: Jordan Schroeder (Minnesota, NCAA): A small forward who can pick his spots from anywhere will give a shot in the arm to the Preds offense when their older vets, like Jason Arnott and Steve Sullivan, start to fade out.

12. MINNESOTA WILD: Ryan Ellis (Windsor, OHL): Ellis is a solid passing defenseman and could be an asset because his defensive prowess is just as good as his offensive awareness.

13. BUFFALO SABRES: Dmitri Kulikov (Drummondville, QMJHL): Kulikov will be a play-making defenseman for any team, which would suit the Sabres well if they start to go to a more offensive style of play.

14. FLORIDA PANTHERS: John Moore (Chicago, USHL): Moore is said to be the most solid skater in this entire draft, but his defensive reliability could be questioned, even though his offensive sense is on the high side of the chart.

So that's that for now, and these could change with the tides and the trades that could come from all of this. We'll have to see where this is going to go and I'll have a full sheet as soon as the season is over--huzzah.
Posted by ScottyWazz at 10:40 AM