The Hell?? They're Doing Better?? 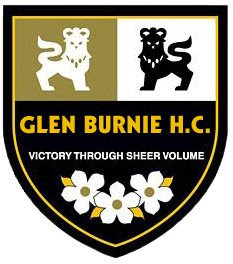 It seems that the Aston HC crew is starting to get their act together and starting to win some games and benefiting from the other teams failures and moving up the schedule.

Starting with the flagship team, Glen Burnie HC took it's first weekly loss in Week Five of the FOHSHL, as they lost to Jesmond Jesters 7-4, mostly due to the goaltending failing to do it's deed. Though, that's not a fair assumption, as the Jesters had three shutouts on the week thanks to Roberto Luongo. However, they bounced back in Week Six with a 6-5 win over the second place Lizardinsid'er. Zach Parise, Miro Satan, and Christain Ehrhoff were the stars in Week Six, while the contingent of Carey Price, Henrik Lundqvist, and Brent Johnson got five wins on the week.

Now, to Aston HC-- first in GFH's Norris Division, while they lost Week Five 6-3 to the Fargin Iceholes, that was due to another Luongo incident and Ryan Miller having another shutout in there. However, they broke out in a big way in Week Six, with an 8-2 win over Beaded Banner Bonnie thanks to Jason Arnott's four points and Nicklas Lidstrom and Kimmo Timonen's three points from the blue line.

To the PlayoffBeard.com side, after a Week Five loss to the commish, Captain Bosh, by the count of 7-3; another break out win by the score of 9-1 over Lobstrosities, with J-P Dumont and Mike Ribeirom, both pretty underrated scorers when all is said and done, chipped in four points a piece with Brian Campbell, Patrick Kane, Marco Sturm, and Timonen having three a piece.

All in all, things are looking up for the conglomerate now, let's just hope they keep getting better as the weeks go on.