The Blurst of the AHL Thirds 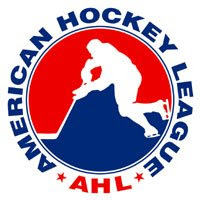 Before I start, I want to say that it's safe to click the links, they'll all pop up.

I've talked a lot about the NHL thirds, but the AHL is coming out with third jerseys as well this season. Now, there are some solid ideas, like the Philadelphia Phantoms and Portland Pirates (yay alliteration) kept it simple by putting their usual logos on different colored jerseys; which could be a little hack, but it works out for them.

However, there are some disturbing trends that keep on popping up. Five of the 10 jerseys that have been unveiled in the AHL shop are white alternates, while four of the ten use text as their alternate jersey with three being white and using text, the Syracuse Crunch, Hershey Bears, and WBS Penguins. While I can understand the Crunch and Pens, the Bears primary jerseys already use text across the front, which makes the third one really worthless. The other white jerseys show the Bridgeport Sound Tigers putting their logo on a white jersey, as they don't have a white jersey in their arsenal already, only orange and blue, while the Toronto Marlies decide to put a random Saint Bernard on their jersey....which, if anyone can tell me the reason for that-- I'd be so happy.

Another new shot is the Worcester Sharks, who opted for the text route, but on a grey jersey. I'm a big fan of the grey jersey design, mostly because I think it looks a bit drab on the ice and out of place. If it works for them, then more power to them, but it wouldn't be my first choice when all is said and done.

The Milwaukee Admirals check in with their hockey playing skeleton on a light blue jersey, which works fairly solid. For some reason, I never really liked that logo. There's something a little too cartoony about it and could have been done a lot better. However, for the light blue it works out to be a solid design.

Finally, it's the Binghamton Senators, who have a solid primary logo and jersey design, but they went really out there for this third jersey. Not only do they use the away jersey design without missing a beat, but they use a Senators who looks older than time itself and could do some side work as a Disney villain for the new "Aladdin" flick. It's a horrible design and horrible jersey choice, and while I like the Senators organization, but I can't support this new third.

So that's the AHL thirds right now and how I see them. If others come out, I'll critique those.....or not.
Posted by ScottyWazz at 8:31 PM