Armchair GM: Where Are The Possibilites?? 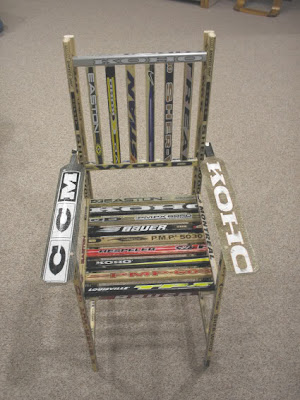 With so much going on about Ilya Kovalchuk, there's still a decent amount of decent players still out on the market that haven't been picked up yet. At the same time, there's a lot of things that need to happen in order for them to get signed and many of them may have to wait until late-August/early-September for the signings to happen. In any case, here's my thoughts on some of the more prominent FAs and what needs to happen (and maybe some destinations) for them to get signed.

Marty Turco-- While no one can dispute his skill or hockey sense, the fact his salary demands could be high and his record is down (but individual stats somewhat up) are the stumbling points. Plus, he's a high-priced possibility in a position that is logjammed across the board, so he doesn't have a spot and he's priced him out of the unavailable spot. Quite the conundrum. What needs to happen is that he needs to open up his options and maybe see if he plays in a tandem situation and maybe be a mentor to the younger guys out there. Possibilities: There's really nowhere for him to go. Atlanta signed Chris Mason and will re-sign Ondrej Pavelec most likely and other places already have a solid tandem. He picked the wrong year to go on the market.

Paul Kariya-- Injury woes have brought down the former star, as well as the salary possibility. However, he could fill the role of a scorer or a role player. While his points have dropped off, he does have the ability to get back up into the scoring role if need-be, which is something that could be good if he goes to the $2M range or something of that ilk. If he's a cheap get, then people will be flocking to get Kariya. Possibilities: If the Penguins are looking for a winger to play with Sidney Crosby, then this is the pick-up for them. Kariya could dish the puck and put it in the net if need be. Even somewhere like Ottawa, if Jason Spezza is still there-- that's a place he could revitalize his scoring touch.

Jay McKee-- McKee made $800k last year and is a solid defenseman who will throw his body in front of the puck at all cost. Granted, the shot-blocker does cause a lot of injuries and he's not the most sturdiest of d-men, but at the same time; he's a guy who could go to a young defense at a cheap cost and be reliable. He just needs to get his name out there, which is something that is getting lost in the Kovy-Mania. Possibilities: Phoenix could be the way to go, as they lost Zybeck Michalek and I don't think they could rely too much on Sami Lepisto to do what McKee does, at the same price. Maybe, if he wants to stay out East, head to Carolina; who could use some extra protection in front of Cam Ward.

Alexander Frolov-- Known as "Kovalchuk Zero", as he is like Kovalchuk; minus his skill, Frolov could be a guy that would need a scenery change to revitalize his career. Of course, the thoughts about his attitude and then maybe looking at what he may ask especially considering there's not much else out there on the terms of talent on the left-hand side and with guys like Derek Boogaard and Jody Shelley getting over a million a year at the same position; he could price himself all the way to Omsk of the KHL. Possibilities: Aside from going back to Russia, maybe a trip to Pittsburgh or even St. Louis may be a destination, though I'm not sure if anyone will want to take a chance on him if he'll be bi-polar with his play.

With not much else on the horizon and the pretty much holding pattern until Kovalchuk does make his move, then this is what we can do with speculation on other guys not named Ilya. There's a fine crop outside of IK17; but because he's hogging the headlines; many good names are being overlooked.
Posted by ScottyWazz at 1:15 PM

I want that hockey chair.