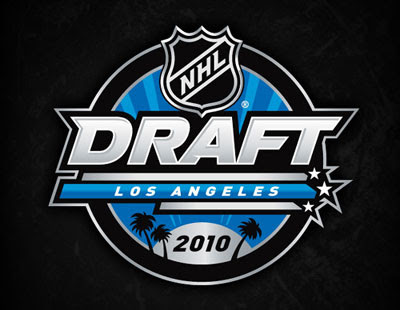 The past few years I've been doing the NHL Mock Drafts and really turning out to be a craptastic prognosticator. But, it's all in good fun, so why not try it out yet again. Maybe this year, I'll actually have some success, but even still-- I can't get into the minds of the NHL general managers; which makes it all the more challenging, but all the more fun to look ahead, as well.

While I won't explain in the main post why I picked who I picked where, I'll do what I can't explain if you question it. I will make this assumption though-- Taylor Hall will be the first overall pick because he has been consistently talked about and consistently good during his time in Windsor. Tyler Seguin kind of shot up the charts, but the Oilers need goal-scoring in a hurry and Hall will provide that more over Seguin.

Odds are I won't do any well; mostly because I either went too on the line with some picks and too far out of reach on others. It's always a mind game, which I stink at more often than not. I'll be there in person, so if you hear about a guy yelling at each pick like a lunatic-- odds are it'll be me.
Posted by ScottyWazz at 10:55 AM

This looks pretty good but I bet Skinner and McIlrath are both gone by pick 20.