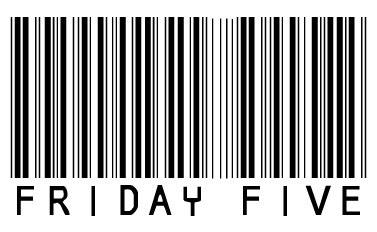 It's time for another Friday Five, wrapping up the week in a nice little bow and with some inane commentary on my part-- which is what you've expected from this blog.

1. Is the failed shootout attempt by Ilya Kovalchuk a microcosm of what we can expect the rest of the season for the Devils??

Oh, poor Kovy. Yet, it's something that doesn't seem to be unexpected in the Devils' highlight reel these days. More over, a picture of injured Devils Zach Parise, Martin Brodeur, and Jacob Josefson adds to the depression the Devils have endured. Yet, it's hard to blame Kovalchuk for his on-ice play, but his off-ice contract issues are partial reasoning for the short-handedness of the Devils; while bad luck (and maybe some karma) is the other reasoning behind it all. They can turn it around-- but they'll be hardpressed to do so.

2. With the changes to the format, will there be a change to the actual gameplay??

It probably won't and it shouldn't, to be honest. The All-Star Game won't be any different than other All-Star Games, with the exception of the MLB. This is an exhibition and always has been-- it should not be turned into a serious game because of the fact that you want all the big names on display and you want them to enjoy the game again and take the heat off of them that they experience on the every day grind during the season. It should be looked at as nothing more than what it is-- all stars in a game.

3. What teams are the most Jekyll and Hyde team out there thus far?? (Thanks Hammer)

One of them has to the be the Chicago Blackhawks, who look lights-out one night and then pathetic the next night. Same could go with the Dallas Stars, who looked very dominate, but now look like they're going back down to Earth in some sorts. Most of the teams seem to be out West, like Nashville, who's seemed to settle down, and Anaheim, who has heated up in the past couple of weeks. Out East, I don't see many teams out there, as they seem to be going by the formula, though Carolina could be a contender for that as the season goes on, especially after their big defeat on Thursday against Philadelphia. Plus, depending on how Pittsburgh goes in the next while, they could be placed on this list.

4. Speaking of Pittsburgh, how much turmoil is in that locker room now, especially since Sidney Crosby and Dan Bylsma seem to have differing opinions??

I don't think it's a big issue right now, but it could become one. With Marc-Andre Fleury struggling and Brent Johnson stepping up in a big way, there's always going to be questions, should that trend continue. However, it seems the Penguins are a different team and their lack of dominant play could be troublesome down the road, and it could be all due to their new building. Okay, maybe that's not the case, but still something you could probably give to the tin-hat brigade or whatever. They have time to turn it around, but their killer instinct doesn't seem to be there as it has in years past.

5. The Hartford Wolfpack play their last game in the AHL this weekend. Do you think this mid-season switch is as silly before as you did when it first was announced??

I think it's more silly, mostly because they pushed the change earlier than mid-season. If you're doing that-- why not just do it from the start?? That's crap to the Wolfpack following who have been through thick and thin, who are getting killed mid-season. This whole fiasco seems to be very rushed and very thrown together-- which I guess is alright, but a mid-season name change like this has not happened since.....maybe the WHA days when teams would move from a city to another in order to survive.

And that's a wrap. You want to be included?? Email me at Scotty.Wazz@Gmail.com and give your two-cents and you're on your way to be included. That way-- you have the right to bitch if you don't like the answer or format. If you don't submit, you have no rights-- NONE!!!
Posted by ScottyWazz at 11:30 AM