History and the Search 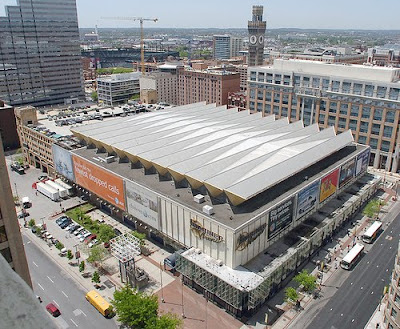 There have been many times in the recent past where I have wondered about writing a book. Of course, we have the book about my own issues "There Are So Many People Up Here", but I have often thought about doing a research book about the history of hockey in my home city, Baltimore.

Of course, that would require me to do work, and as I've stated here before-- I'm lazy. Yet, even with that-- the heritage of hockey in Baltimore is pretty interesting. I mean, teams in Baltimore started in 1932 and there was always a professional team based out of Baltimore until 1997, with the exception of 1978. That's a nice long run for a city who really looked at football and baseball as a top priority. Baltimore was the place of the first competitive hockey game between Johns Hopkins University and Yale University, which ended in a 2-2 tie. Baltimore was also home to the first artificial ice rink in 1894, though there is no truth to the rumor that the surface is the same surface that used in the First Mariner Arena today.

While this is quite a task, I'd love to be involved in doing something like this, but sadly-- the internet can only do so much. With many of the history of the city and the game being unregistered, I wonder where I would actually begin my search, who could I go to, where would I go to get such information if the Internets is tangling me up??

In addition, it makes me wonder if hockey could work in Baltimore again. There's plenty of people who are hockey starved in the Baltimore area and may not feel like traveling to Washington, DC and paying the major league prices. Granted, the last few ventures failed in the Baltimore area, mostly caused to the Baltimore Blast running the arena and giving the Bandits craptastic dates. It's the nature of the beast, I suppose. Fact of the matter is that Baltimore will need a new arena for a team to come around and they'll need to have someone who's willing to keep a team there for the long haul.

But we're getting ahead of ourselves here. The task at hand is where to find history about Baltimore hockey and if anyone would be interested in hearing a vast history of this city and it's teams. I think some people feel that way about their cities who may be under appreciated hockey towns who may have only housed minor league, but still have a rich, rich heritage. These stories need to be told because you have to get this out to the masses and show that there are plenty of places that may not be the "norm" for a hockey team, but the people come out and support the team regardless of the team or league out there.

As for now-- time to figure out how to get this ball rolling and how to get the historical records needed to make this dream.....still a dream, but maybe a step closer to reality. Doubtful, at least the idea out there for someone to feed off of.
Posted by ScottyWazz at 11:35 AM

The Civic Center looks so much nicer in this picture than in real life.

I think it would be awesome, since my first live hockey game was a Skipjacks game.