Who's Left From NHL '94 Revisited 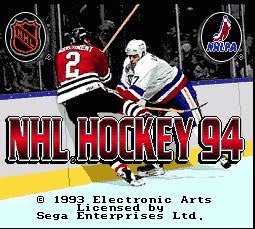 When I was young, I often got my video games for Christmas. One of them being NHL '94. Luckily for me, I had a lot of time on my hands for this Christmas and decided to revisit my "Who's Left From NHL '94" post. Thanks to NHL94.com, I was able to get a hold of the manual, which had the roster sheets to it. I went down one-by-one and looked up every player on that list this time.

Some of the things I found out is that most of these guys' fame was thanks to this game. Many of the players on these rosters are in hockey management in some capacity, while a good amount of guys have gotten into the financial sector of the world. The rosters of the Anaheim Mighty Ducks and Florida Panthers are included in other teams since the roster engine wasn't as advanced as today. Six players have unknown status, as they don't have a contract, but haven't officially retired as of yet. Philadelphia has the most players still left with four, while only four teams (Boston, Ottawa, Toronto, Washington) don't have any players left. Also, the Vancouver Canucks' line-up has two spelling errors as Garry Valk listed as Gary Valk and Sergio Momesso as Sergei Momesso.

On a sad note, five players have passed away from this game: Gaetan Duchesne, Steve Chiasson, Andrei Lomakin, Bryan Fogerty, and Peter Zezel.

So, without any further Apu, the list of who's left from NHL '94. Players with unknown statuses are going to be in parentheses.

So that's that. I'll continue to update this as they drop one-by-one. We'll have to see which one of these 46 players is the last one standing for this, the first of the EA Sports/NHL series. I'm sure we're all on the edge of our seats for this one......or not.
Posted by ScottyWazz at 10:30 AM

I will throw a party when the last player from NHL '94 stops playing hockey ... that's when I officially am old, and not a day earlier.

another bites the dust, actually in April... Janne Ojanen has called it a career.

There's one more still playing: Jimmy Waite, the former Chicago backup (behind Hasek and Belfour), is still playing in Germany, I believe.

Waite played in Germany last year, but as far as I know-- has since retired. Wikipedia seems to agree as well.

The problem with most European leagues is that their updates aren't often documented regularly.

Looks like we're down to 3 that are left in the NHL: Jaromir Jagr,
Roman Hamrlik and Teemu Selanne as of July 2012.

Ryan, check out an updated link from this past season. September will get the 2012-13 update.