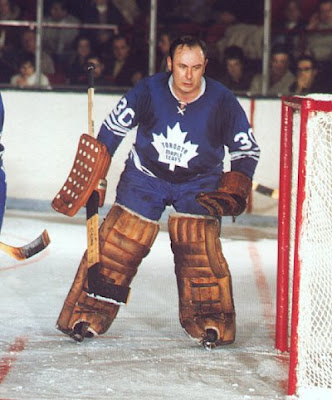 Gamble's assent to the pros started with the Thunder Bay Junior League, which was a Junior A league. Gamble played with the Port Arthur Bruins in the 1952-53 season playing in 11 games with a 7.40 GAA. His role would expand in the 1953-54 season with the Bruins, going 20-15-1 in 36 games. While he didn't play in the 1954-55 season, Gamble returned to the TBJHL, but with the Port Arthur North Stars in 1955-56 playing in 31 games and compiling a 19-10-2 record, then going 8-1 in the playoffs to help capture the TBJHL title. Gamble and the North Stars would go 7-6 in 13 Memorial Cup playdown game, losing to the Regina Pats in the Abbott Cup Finals.

Gamble would end the 1957-58 season with the Providence Reds of the AHL winning the only game he played in.

The 1958-59 season, Gamble would move out West to play for the Western Hockey League's Vancouver Canucks, going 29-26-10 with seven shutouts; helping him win the WHL Rookie of the Year award. However, Gamble would go 2-3 in five playoff games for the Canucks. Gamble was promoted to the NHL with the New York Rangers that season for two games, losing both.

Springfield traded Gamble to the Toronto Maple Leafs ahead of the 1965-66 season, where he would play 10 games in that season, going 5-2-3 in that time. However, he spent most of the season with the Tulsa Oilers of the Central Professional League, recording a 21-24-9 record in 54 games. Gamble would do the split again in the 1966-67 season, going 5-10-4 in 23 games with the Leafs, 2-4-1 in only seven games with Tulsa, then made a stop with the Rochester Americans of the AHL, going 2-3 in five games there.

The Leafs would trade Gamble to the Philadelphia Flyers for Bernie Parent. The end of that season with the Flyers, Gamble went 3-6-2 in 11 games. The 1971-72 season was a short-one for Gamble-- going only 7-8-2 in 24 games before his season immediately shut-down.

On February 8th, 1972-- Gamble was in net for the Flyers against the Vancouver Canucks in a 3-1 win. After the game and after reaching Oakland with the team, Gamble complained of chest pains and was sent to an Oakland hospital. It was found out that Gamble had suffered a heart attack during the Vancouver game and with this heart attack, it ended his career abruptly.

Ten years later, after a practice with the "old-timer" team, the Niagara Falls Flames, Gamble had chest pains again and passed away in a Niagara Falls hospital at age 44.

There seemed to be a roller coaster of events during his career, but Gamble kept plugging away and probably could have done much more if not for his health. He persevered and knew where he wanted to be and would accept nothing less. He did what he loved and gave his all to the game.
Posted by ScottyWazz at 8:00 AM

nice blog... have a view of my blog when free.. http://www.lonelyreload.com (A Growing Teenager Diary) .. do leave me some comment / guide if can.. if interested can follow my blog...

March 16th 1968 at Maple Leaf Gardens in Toronto, Gamble got a 3-0 shutout and played superbly. It was my very first NHL game. He was my hero of sorts, I also met him and talked with him on the phone once, as he used to frequent the Toronto Radio Artists Club on Bay Street where my father was nightclub manager. I have his goalie stick signed by the Leaf team of '68.

I believe Gamble set a record of sorts with the Leafs, believe it was 4 shutouts in his first 6 games with him...stablized the net after Sawchuk was claimed by the Kings in the 67 expansion draft.