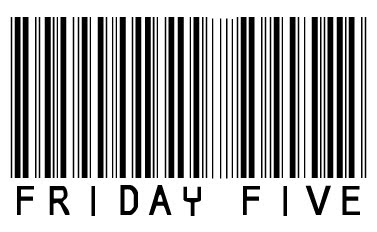 Another week is done and it's time for the Friday Five, where we tackle some news and notes from the week and what-not. It's a busy weekend coming up, so let's get it going.

1. With the Heritage Classic coming up, and it's supposed to be chilly. How is that going to affect things??

The temperature seems to increasingly gets colder and colder by the day for game-day. It was hovering around the freezing mark, but as of when I publish this-- it's supposed to be -9c (16f) and partially cloudy. It'll definitely be a test to the coaches and how they are going to adjust their game-plan to go with the elements. Considering both these teams are in a playoff fight, every point and every goal will count. Should be fun jockeying for sure.

2. The NHL has said that the Heritage Classic has surpassed Winter Classic revenues; but many in the US haven't gotten much coverage of the game until the past few weeks. How's that work??

I think the big thing with the Heritage game is that they have some bigger name companies sponsoring this game-- like Tim Horton's, Canadian Tire, Blackberry, and ScotiaBank; very big names to this event. Plus, with all the events being Canadian based, it seems that the American broadcasters aren't going to be too keen on it all. Even some Canadian broadcasters didn't hype up the game until the past couple of weeks. It should be a solid game now that both teams are in a playoff hunt and people around the city seem to get more and more into it. Good times by all.

3. The Senators are in full fire sale mode, but will the rebuild be as easy as they are thinking it'll be??

Not at all. The fact they are swapping for picks shows that they either have a lot of faith in the guys coming up from Binghamton and other prospects or they know this will be a five-year plan that'll grow as these draft picks develop. Either way, it's a bad situation for the team and it's fans. Odds are, Bryan Murray and Cory Clouston won't be back and it'll be a new start and probably more growing pains that'll come along with it. It seemed to breakdown really quickly for this organization and who knows how quick the rebuild will be or if it actually makes them come back to their President's Trophy form again. It's tough times in Ottawa....but at least the ASG visits there next year.

4. If you're the Vancouver Canucks, how much do you worry when you have a defenseman go anywhere on the ice??

The injuries on the blueline for the Canucks are insane, with five regular defensemen out; but the fact they still are atop the league in points speaks to their depth. Plus, with all these guys healthy for the playoffs-- they could be the team to beat. Granted, that's been said for a while never come to fruition, but it's wishful thinking if nothing else. When push comes to shove, the Canucks have enough talent to counteract the defensive injuries and should come out of this stronger than before.

5. The trade deadline is coming up and the market is frantic already. Will the actual deadline day provide a decent number of moves, or could it be a dud due to early trading??

There will probably be minor moves for role guys, but it's going to be nothing ground-breaking. It's a lot easier for the GMs to trade players earlier if there's a deal because it'll adapt them to the system quicker and they won't be scurrying to make sure the chemistry is there. Plus, with a lot of teams out West and some teams in the East in contention for a playoff spot-- odds are teams aren't going to be so willing to get rid of a guy that could benefit them in the end.

That's it for this week and if you want to submit some topics for future F5's, email me at Scotty.Wazz@Gmail.com and let me know what you answered. Also, I'll be at the Heritage Classic doing things this weekend, so look for updates from there if there's something to be had.
Posted by ScottyWazz at 10:15 AM