Why I Can't Get Into Olympic Hockey (At This Point) 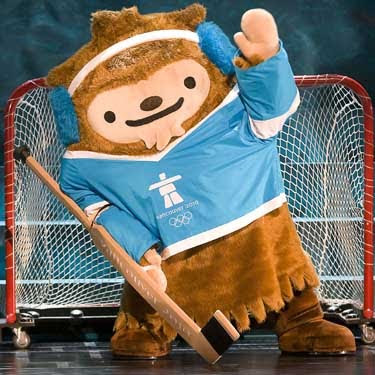 With the men's portion of the Olympic hockey getting underway, a lot of people have rejoiced because of it. Whether it's because it's the end of the hype that comes with it all or because they are truly wanting to see the round-robin play. For me, however, I couldn't be any less into it-- especially with the match-ups on the first day. Whether or not the second day can kick me out of the funk remains to be seen.

It's not that I'm not into the Games, it's just something about seeing countries like Norway and Latvia getting destroyed by Canada and Russia (respectively) that doesn't speak to me. Granted, it's a nice way for the two favorites to kick off their gold medal runs, but at the same time-- you have to feel like it's kicking a puppy when you watch these games.

I see the purpose for the round-robin and it's good to see what some developing nations do against the powerhouses, but at the same time you have to wonder if there's too many games and if you have to narrow down who gets into the Olympics. I'd like to see the World Juniors format of scheduling and amount of teams-- if not having the World Juniors be the Olympic Games after 2014, meaning push the WJC to Olympics time; but that screws up the whole tradition of the WJC and I'm sure that there will be upheaval if that happens. We don't need that. And while I'd like to get into women's hockey, it still seems like it's a three horse race there: Canada, USA, and Sweden. Plus, without body contact, it just doesn't seem like hockey. Sorry, women's hockey fans-- that's just how it goes.

I think once the qualification games start, I'll be ready to roll for it all. At least then, you have something to play for. There's a sense of urgency and you know the players will be playing with the utmost passion-- especially those teams on the fringe of being the spoiler (read: Switzerland). While I'm sure I'll catch a game in the round-robin here and there if it's on, I'm not going to go out of my way to check out a game until the games "matter" in the final tally.
Posted by ScottyWazz at 9:35 AM

QUATCHI!! Such a cute mascot.

c'mon, it's the Olympics, don't be such a Debbie Downer!

Just kidding, I'm not really into the round robin OR the women's hockey either.