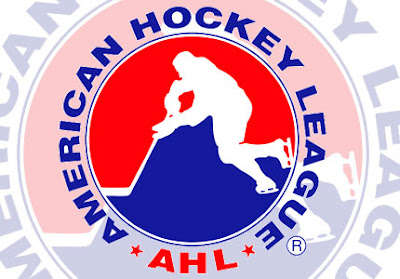 So, with the wonders of free-time on my hands, Wikipedia, and MapQuest (aka SeanQuest), I decided to make a little chart about how far it is from the NHL arena to the AHL arena. This is based on the 2010-11 season, hence Charlotte and OKC being in the mix and the Penguins using their new arena, as well. Also, as of now-- the Anaheim Ducks have no AHL affiliate, thus the "Parts Unknown" gimmick. 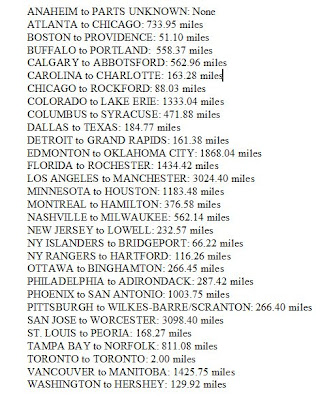 The thing that really stands out is not only is Toronto absurdly close to Toronto, but that the likes of the Kings and Sharks have their affiliates so far away. Granted, there's not many AHL teams beyond east Texas, but you'd think they'd move their guys closer. I guess that's why you see some of their call-ups come from the ECHL teams based in California over the AHL, especially in a bind.

Just food for thought with the silly season of minor league hockey coming around.
Posted by ScottyWazz at 12:55 PM