On the Topic of the Trade Deadline 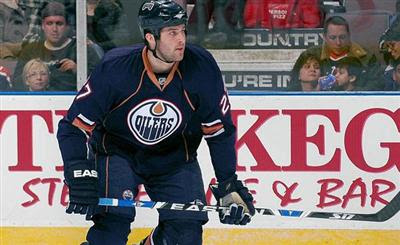 You've gotten through it and now it's time to analyze and over-analyze the trade deadline. Thanks to working graveyard, I'm probably the last to actually do something like this-- so.....huzzah?? In any case, this will probably be along the lines of what others have done so......deal with it.

First, the biggest deal had to be the Dustin Penner deal to Los Angeles. Many thought Penner was on his way out, but it was a matter of where. The destination could be a great fit for him, especially considering he's a guy that can definitely fit what the Kings need; plus they didn't give up the farm in order to get him. It didn't seem like Colton Teubert was going to fill-out to what many though, therefore he was easily expendable. However, the question now is where Penner can regain the hot streaks he had at the beginning of the season and at the end of the calendar year and into 2011. He'll definitely have the scoring chances now and should be the big body for the scoring aces-- but can he actually cash in on it.

Another active trader because they seemingly had to be was the Washington Capitals, who picked up an insurance defenseman in Dennis Wideman and a veteran center, Jason Arnott. With Wideman, while the plus/minus isn't the best (minus-26), he can be an asset on a very stagnant Caps power-play. In fact, Wideman has more power play goals than Alex Ovechkin (8-to-5) and could change that whole game-plan around for them, as well as be an insurance piece for the injuries the Caps seem to have on the blueline. And while Wideman has another year left on his deal, Arnott is a rental and one that I'm not in full agreement with when it comes to response. I can understand that Arnott brings a veteran presence; but at the same time isn't the second-line center that will put them over-the-top. Maybe he could teach Nicklas Backstrom how to get out of a slump and guide Marcus Johansson; but with his recent lack of performance in the playoffs with the Predators; I doubt it'll get the Caps too far.

An active player in the negative sense was the Florida Panthers, who were heavy sellers in their third straight rebuilding campaign. Along with Wideman, Radek Dvorak and Bryan Allen were moved out of Miami-- which also means that there are no pieces left on the Panthers from the Roberto Luongo trade. Yet, the big thing is that Stephen Weiss and David Booth are still a part of the team, even though they were rumored to be on the block; so that's something at least-- yet they probably could have entertained more offers for Tomas Vokoun, because I don't know how much they'd want to re-sign an older goalie who doesn't have much in front of him. With the issues the Panthers have off the ice, you have to wonder how much they're willing to pump into the on-ice product because of it.

One of the more surprising notes was that Ty Conklin was able to seep through the waiver wires unclaimed. You'd think for a low price, some team in need of net insurance would claim him just to be there. He's a decent goalie who could really come in and have a hot streak when called upon. Other teams' lose is the Blues gain, I suppose.

While it was probably one of the most uneventful trade deadlines ever, it's always good to play armchair GM after the fact. Whether this pans out or not remains to be seen, especially trying to deal with chemistry and all of that. Which makes me wonder if the NHL will move the deadline up every year, but at the same-- you like this stuff going down to the wire. Granted, this deadline really happened in the 10 days leading up to it, more specifically the 18th, but still.

I have no real end to this. Thanks for reading.
Posted by ScottyWazz at 9:45 AM