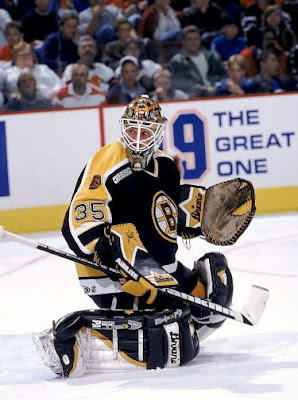 Tallas first got his feet wet in the BCJHL with the South Surrey Eagles and Penticton Panthers. He would play well enough to get selected by the WHL's Seattle Thunderbirds in the 1991-92 season, where he would play 14 games, going 4-7-0 in those matches. Tallas would be sent down to South Surrey that season for 19 games and would sport a 6-12-0 record while down there. After a solid camp, Tallas would get the starter's position in the 1992-93 season, where he would play in 58 games and have a 24-23-3 record on a sub-par club, which would get bounced in the first round of the playoffs. Tallas would be back for his overage season during the 1993-94 season, trying to put his best play out there, as he was undrafted. Tallas held steady in his 51 games with a 23-21-3 record for the T-Birds, as well as carrying them to the second round of the playoffs.

After a great junior career despite not much support around him, Tallas was signed by the ECHL's Charlotte Checkers for the 1994-95 season. He would spent most of the season there, playing 36 games, taking home a record of 21-9-3 for his experience. Tallas would get called up to the AHL's Providence Bruins for two game, going 1-0-0 in 82 minutes of play.

The Bruins were impressed with Tallas' performances in the AHL and ECHL, they would sign him before the 1995-96 season. Tallas would be reassigned to Providence, playing in 35 games splitting with Scott Bailey in net and going 12-16-7, while seeing one game in the NHL with Boston with his only game being a win. The 1996-97 season would be a shuttle season for Tallas, starting out in Providence for 24 games (9-14-1), before being called up to Boston as they were going through their goaltending carousel for the year. Tallas would see 28 games with a 8-12-1 record, though his season would come in an end due to an ankle injury. The 1997-98 season would be another shuttle year and one with injury issues. In Providence, Tallas went 1-8-1 in 10 games, while in Boston he would have a 6-3-3 record in 14 games; but Tallas would have to deal with a hamstring injury in January of 1998, which would sideline him for a time. Boston would take a chance on Tallas as a back-up to former AGM Bryon Dafoe for the 1998-99 campaign, and it would do well for Tallas; who would get only 17 games in with a 7-7-2 record. The 1999-2000 would be horrific for Tallas. Not only did he lacerate his finger at the beginning of the season, but he would bomb out in his contract year with a 4-13-4 record in 27 games, even though Dafoe was injured and holding out-- he could not step up.

The Bruins would let Tallas go on the free agent market, where the Chicago Blackhawks would give him an opportunity as a back-up to Jocelyn Thibault for the 2000-01 season. The change of scenary didn't help, as Tallas would only go 2-7-0 in 14 games. It was so bad that he would see a stint with Chicago's affiliate, the Norfolk Admirals (2-2-2 in six games) and Chicago's other hockey team-- the IHL's Wolves, where he had a 0-1-0 record in three games.

The next summer, Tallas was again a free agent and was only able to catch on with the AHL's Wilkes-Barre/Scranton Penguins, where he would see time behind Sebastien Caron and completely crap the bed in that season with a 6-25-5 record in 38 games. The WBS Pens let him have another shot in the 2002-03 season, where it would get better; though things couldn't have gotten worse. Tallas would end up going 14-11-3, while getting most of the starts in the Pens tiny depth and dealing with shuttling goalies.

Seeing his North American options dry up, Tallas went to the European route starting in the 2003-04 season; signing with the Finnish club HPK Hameenlinna. Tallas would play 22 games with the club, while going 8-8-4 and a 1.99 GAA. After that season, Tallas would hope over the Austria, playing for EC Red Bull Salzburg for 12 games in the 2004-05 season, but would post a 4.41 GAA that spent the end for his playing career. He would hang up the pads mid-way through the season.

After retiring, Tallas continued in the game as a mentor and trainer for younger goaltenders. He currently serves as the goalie coach for the Florida Panthers, as well as a hockey instructor at the Florida Panthers practice facility for the area goalies.

While he did shine in a couple places when it matter, Tallas never seemed to have a great string of luck to put forth something that could have prolonged his career in the NHL more, but he was luckier than some who had much success with the minors, but never got a sniff at winning in the NHL. Though he didn't have the best teams in front of him, Tallas showed he could get a win, even if it meant enduring plenty of losses.
Posted by ScottyWazz at 8:15 AM