Armchair GM: To Move or To Maintain 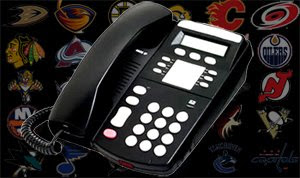 We're about 24 hours away from the NHL trade deadline and the rumors are moving quicker than two people meeting on online dating. The biggest question for the GMs in all of this will be how much is too much when it comes to getting what they want. Who are you willing to risk, whether it be from your roster or your farm system, to get the possible missing piece of the puzzle needed to get into the playoffs and have a chance at the Stanley Cup. As well, are they willing to disrupt a certain chemistry in the room in order to have this rental player in the room for 20 games, tops.

For teams like Florida and Columbus, who some never thought would be in this position this late into the season, they have to tread carefully in what they do. For the Panthers, they will not move Jay Bouwmeester, unless they get an amazing return, because they will need him if they get into the playoffs. The Blue Jackets have been longing for some defensive help and a center, but they have to make sure that they are able to risk what they give up in order to fill that void, or else they turn into the Atlanta Thrashers where they give up the farm for a rental and tank in the playoffs.

Then you have front-runners who may need one or two spots to cover, but they would have to give up too much in order to get that. Therefore, they would probably hold tight with what they have, rather than give up a lot to get what could be little in return. If they are that high in the standings as it is, odds are there's a reason for it and they may not want to tinker with the spirit of things.

Plus, it's not like there's a big deal to be made. Sure, you hear all these unfounded rumors from people who don't have an inside guy, it's just a weekend janitor who is getting his rumors from the sound guys playing NHL09. However, when all is said and done, there could be a blockbuster to shock everyone, but the odds on it are not that good. The predictable names will probably be moved for nothing more than prospects and/or picks, it's just a matter of what team they will go to. I mean, Bill Guerin has been traded since Saturday-- but to where and for what is still TBA, which creates the unrest amongst the public.

It's always a hectic day for GM, but it's always a fun one for the viewing and listening public. The rumors, the jumping the gun speculation, the Sportsnet Frat Party studio-- amazingness will come from it all. I know our show that night will be fantastically done with Spector's Hockey Lyle Richardson joining us for a long time and breaking down what this means for all involved and how much slept he was able to get from it all.
Posted by ScottyWazz at 8:37 AM