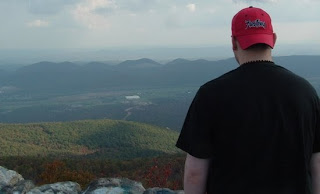 After much thought, consideration, and soul-searching-- I think it's time for me to give this whole thing a break. So, like many of my favorite bands, I've decided to put this blog on an "indefinite hiatus" and see how long it takes in order to get my feeling for this whole blogging thing back.

Part of the reasoning for it has to be just the ideal that this has become more of a chore for me to do rather than an outlet to get my thoughts and stuff out. Due to personal and "professional" frustrations in my life-- it's better to actually let go of this for a while rather than beat myself up over not posting on a normal basis and not putting up stuff that I actually believe is good. Granted, none of the stuff I deem "good" ever gets the credit I think it should-- but that's probably me being too hard on myself through all of this.

Thanks to the people who did read, link, and gave feedback on the stuff that I have written. It's always nice to get some kind of recognition for a hobby like this. Plus, the people I have met and interacted with because of this blog has been pretty cool, too. Not to mention the opportunities it has afforded me, it's been a crazy ride.

I won't be completely gone, as my Twitter will live on in its randomness, as will Face Off Hockey Show every Wednesday (and on Facebook and YouTube). It's also not to say I won't create a new project and go on from there, but as it seems right now-- The Strangest One of All blog will lay dormant until something I feel is worthy enough to post here comes about.

Take care of yourself and someone else.
Posted by ScottyWazz at 2:38 PM

Good luck with things. Look forward to when ya come back recharged. Tables will be flipped.

my Mondays won't be the same.

all my best to you and yours.

I just have to say as a fellow blogger I fear the day I have the same thoughts. You've created a very worthwhile body of work and I certainly hope you find the spark again.

Just came across your website and being a goalie encyclopidia, I very much enjoyed your hard work and choices of net minders. If you ever start again Red Light Racicot should be your next entry of work.