Teaching How to BUGI 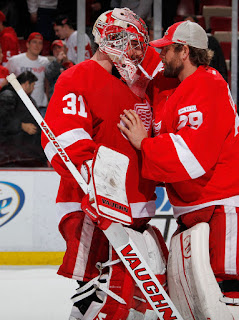 In a world where there's plenty of random stats that may or may not lead to looking at a player differently; I've decided to do that on my own. I was thinking last night about how bad your team is if you're getting the back-up put into the line-up to start against your team. So...why not go ahead and research it all.

Of course, you have a lot of "back-ups" who are call-ups and get a start every now and again, but they still count. Call-up or not, the fact they were in the AHL and then next thing you know they're starting against your team-- it could be an issue. Yes, yes-- I know the injury bug has caught teams before-- but let's not ruin my fun...or something.

That notwithstanding-- I'll horribly present you you the BUGI-- Back-Up Goalie Index.

Before I break it all down-- here's some pre-footnotes, which may not be a thing, but it will be now:

-For back-up status as of February 14th, 2012-- the goalie has to play 20 or less games
-Three teams didn't qualify for that: Colorado, Edmonton, and St. Louis
-Columbus and Toronto's regular tandem had over the games, but Allen York and Ben Scrivens started games
-11 of the 25 remaining teams had multiple back-ups

Now, onto the specifics: 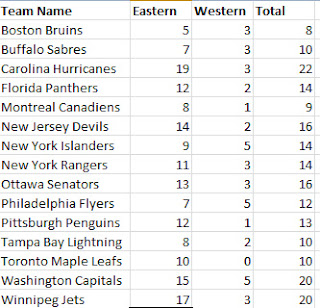 The Carolina Hurricanes get the most within their conference and then move overall in the conference when it comes to the back-ups. The Bruins got the least within and total in their conference. A very interesting stat is the Toronto Maple Leafs not facing a Western Conference back-up, while the Montreal Canadiens only have seen one. 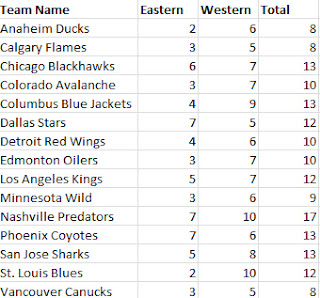 As you see, a lot less back-ups, no teams totaled over 20 games, while the Eastern Conference had three. Vancouver, Dallas, and surprisingly Calgary have faced the least in their division-- as Calgary's surprise could be because of Miikka Kiprusoff playing most of the time and giving them a chance to win most nights. St. Louis and Anaheim have faced the least outside their conference; while the total sees Anaheim, Calgary, and Vancouver tied for least faced back-ups. In a surprise, the Nashville Predators have faced the most back-ups, despite being fifth in the Western Conference standings and tied for fifth in all of the NHL in points.

I understand this will not catch on, nor should it. But it's is interesting to see which team face the most back-ups. Especially considering how bad the Blue Jackets and Islanders are-- they don't face as many back-ups as you would have thought.